Rumor has it David Fincher has the rights to Stacy Schiff’s, “Cleopatra: a Life”- by the way, an excellent read. But, back in the early sixties the most expensive film ever produced was directed by Joseph L. Mankiewicz and produced by the formerly gun toting Walter Wagner. https://vickielester.com/?s=darling%2C+please+don%27t+shoot+my+agent It was a production fraught with illness, incendiary love, and went over schedule… by about a year. As noted earlier in the day Leon Shamroy won an Oscar for Cinematography with an uncredited assist by Jack Hildyard. Miss Taylor’s hair was done by Vivienne Walker and women’s costumes were done by Renie. 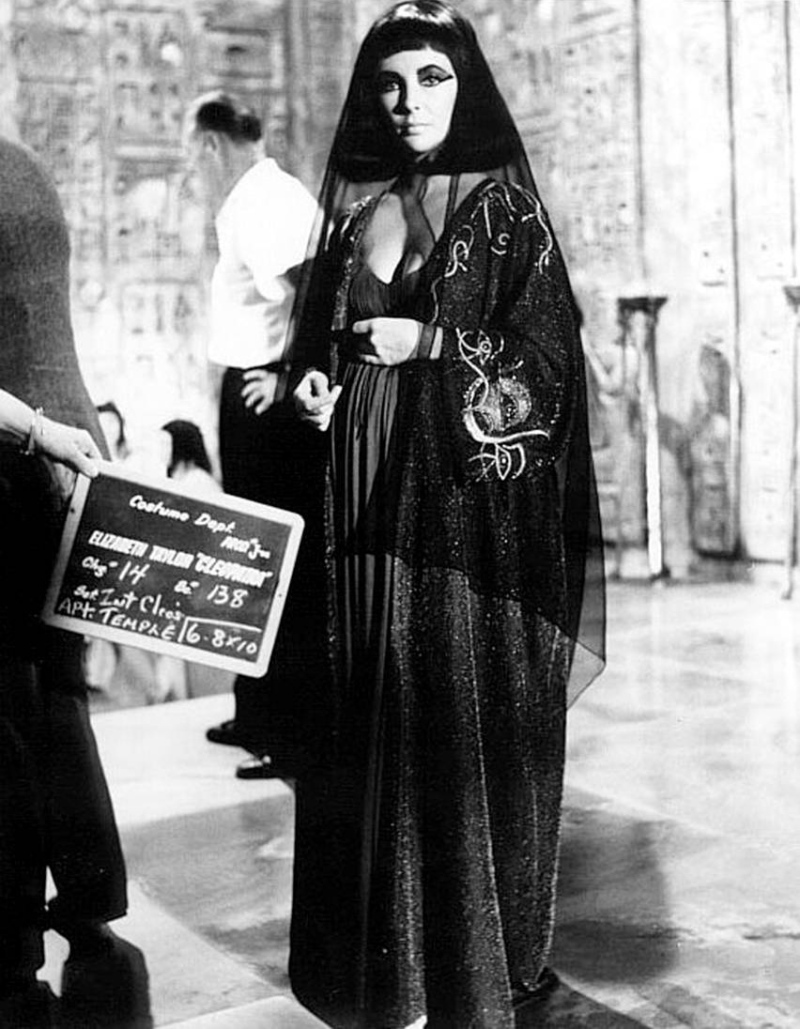 I like these photos where Miss Taylor’s sense of fun shine through – photo by Roddy McDowall: