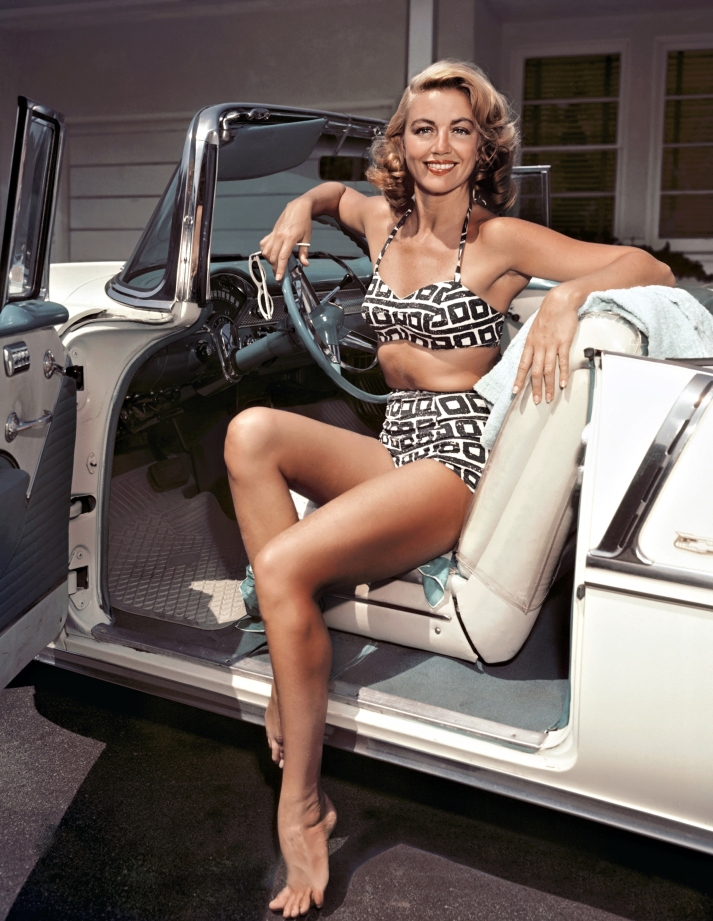 Screen: Sad Psychosis; ‘Written on the Wind’ Opens at Capitol.

THOSE Texas millionaires whose sad psychoses are subject for frequent literary concern come in for another harsh inspection in Universal’s “Written on the Wind.” At least one of them does in this picture, which came to the Capitol yesterday. He is a miserable unfortunate who has only about $10,000,000 to his name and is married to a gracious young lady who looks and acts just like Lauren Bacall.

The trouble with this young fellow, who is bleakly portrayed by Robert Stack, is that he can’t measure up to his best friend, whom Rock Hudson manfully plays. (There is no relation between this Texan and the one Mr. Hudson plays in “Giant.”)

Where Mr. Hudson is stalwart, disciplined, able and serene, Mr. Stack is weak, irresponsible, incompetent and as flighty as a bird. And where Mr. Hudson is clearly a first-class ladies’ man, Mr. Stack is something of a wash-out—or so it would appear. (Why Miss Bacall ever marries him is known only to George Zuckerman, who wrote the screen play, and maybe to Robert Wilder, who wrote the book on which it is based.)

Thus, it is not much wonder that Mr. Stack has suspicions dark and dire when he learns, to his utter amazement, that his wife is going to have a child, Could it be Mr. Hudson has been carrying friendship a little too far? The idea is not ridiculous to the Texas millionaire. And especially since his sister, played by Dorothy Malone, has been acting the role of Iago, he can’t get it out of his head.

Anyhow, after close to ninety minutes of everyone trying hard to keep Mr. Stack from boozing and blubbering into his beer, he starts a little action by grabbing a pistol and threatening Mr. Hudson. In the scuffle, he himself gets killed and Mr. Hudson, as innocent as a daisy, gets the emancipated Miss Bacall.

The trouble with this romantic picture—among other minor things, including Mr. Stack’s absurd performance and another even more so by Miss Malone—is that nothing really happens, the complications within the characters are never clear and the sloppy, self-pitying fellow at the center of the whole thing is a bore.

Outside of that, it is luxurious and the color is conspicuously strong, even though it gets no closer to Texas—either geographically or in spirit—than a few locations near Hollywood.