June 12, 2013 10 Comments
The second time the awards were televised Audrey Hepburn won Best Actress for her performance in “Roman Holiday” – Donald O’Connor is at the podium in Los Angeles, and Audrey is presented with the award by Jean Hersholt in New York – where she was working on “Sabrina” (location work was in Glen Cove, Long Island) with Billy Wilder, William Holden, Humphrey Bogart… 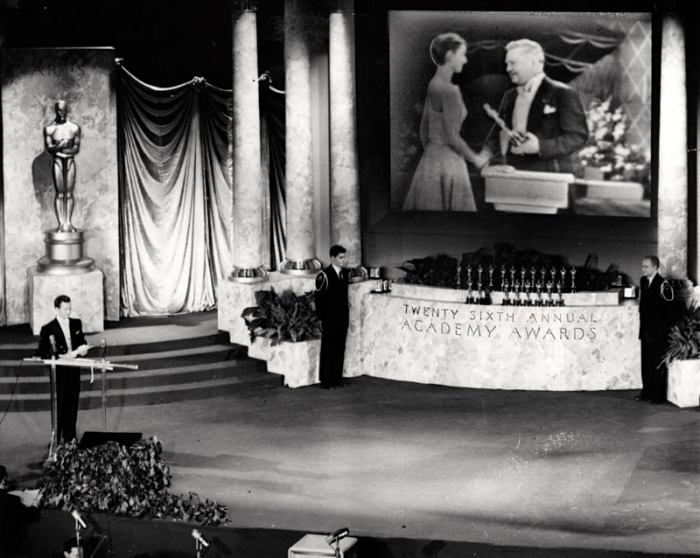