“He was a charming and magnetic man, but so tormented. I had a crush on him, and later I found he did for me. In fact, he proposed, but he was not divorced from Lili Damita so it was just as well that I said no.” 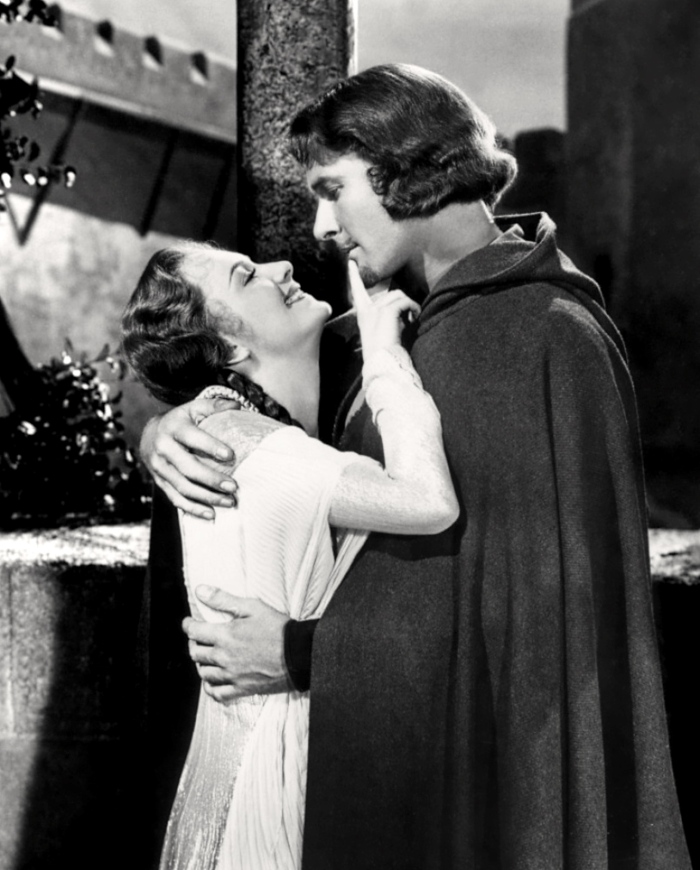 “Years later,” de Havilland continued, “I had an unhappy experience in Hollywood. A tall man kissed me on the back of the neck at a party and I whirled around in anger and said, ‘Do I know you?’ Then I realized it was Errol. He had changed so. His eyes were so sad. I had stared into them in enough movies to know his spirit was gone.”

While living in Paris twenty years after the filming of “The Adventures of Robin Hood,” de Havilland saw a rerun of the movie and wrote Flynn a long letter telling him it had brought back fond memories. “It was an apology, twenty years later,” she recalled. “Seeing ‘Robin Hood’ after all those years made me realize how good all our adventure films were, and I wrote Errol that I was glad I had been in every scene of them. But I tore up the letter. I reconsidered, deciding Errol would think I was silly. I’ll always be sorry I didn’t mail that letter. A few months later, he was dead.”