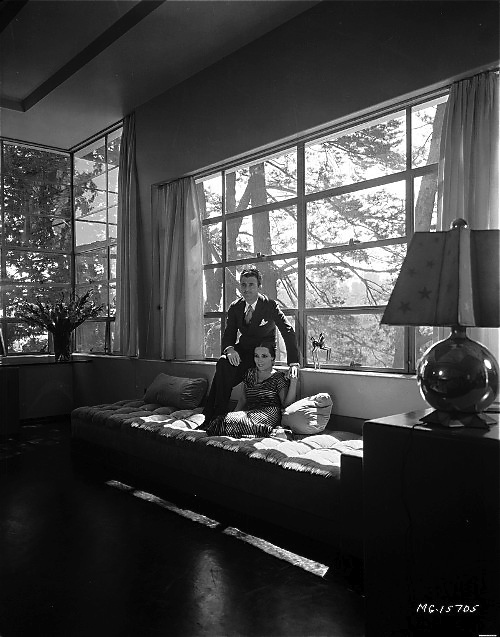 My uncle – when he still drove – used to take me on architectural tours of Los Angeles. We saw Frank Lloyd Wright’s leaky La Miniatura in a rain storm. We checked out a Neutra belonging to a friend of his that was perched in the Hollywood Hills and had jetliner views. I saw the legendary art director Cedric Gibbon’s estate in Santa Monica well before Joe Roth sold it (if you want to see it on film watch: TO LIVE AND DIE IN LA). And, one day we took off in my uncle’s ancient Jag for the hinterlands of Glendale and a neighborhood called Adams Hill that was tucked away behind Forest Lawn Cemetery (where Michael Jackson is buried).

Cedric Gibbons had a house there too. It was a simple Spanish bungalow on a hillside. The house was in disrepair and nothing special but the landscaping was something else… Mr. Gibbons kept the property to house… friends of the female persuasion… and yes, at the time he bought it he was married to the movie star, Dolores Del Rio. Anyway, back to the old garden it had stone walls and trysting benches and a stream and waterfalls and faux tree trunks sculpted in concrete artfully arranged (and you can bet studio craftsmen supplied the labor gratis) under spreading oaks. Now, I wished I had toted along a camera, but then I just gawked at the artifice.

Well, here is the Moderne Masterpiece that has been extremely well photographed over the years – and you’ll just have to take my word for the starlet’s haven. Enjoy! 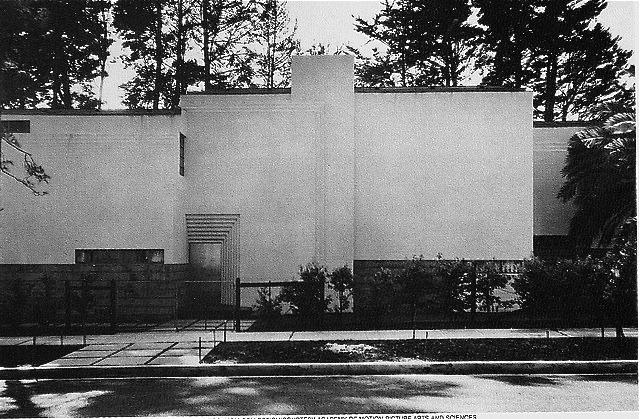 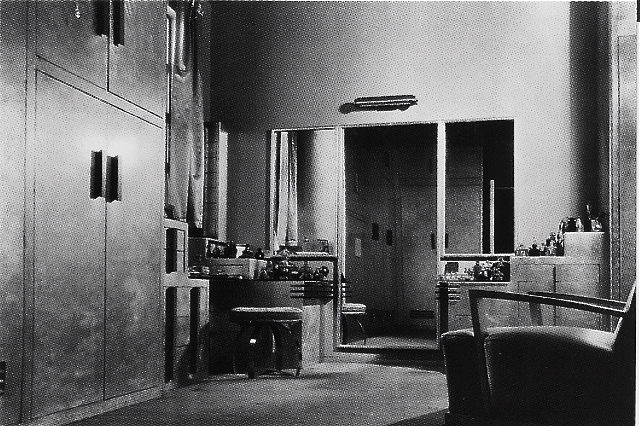