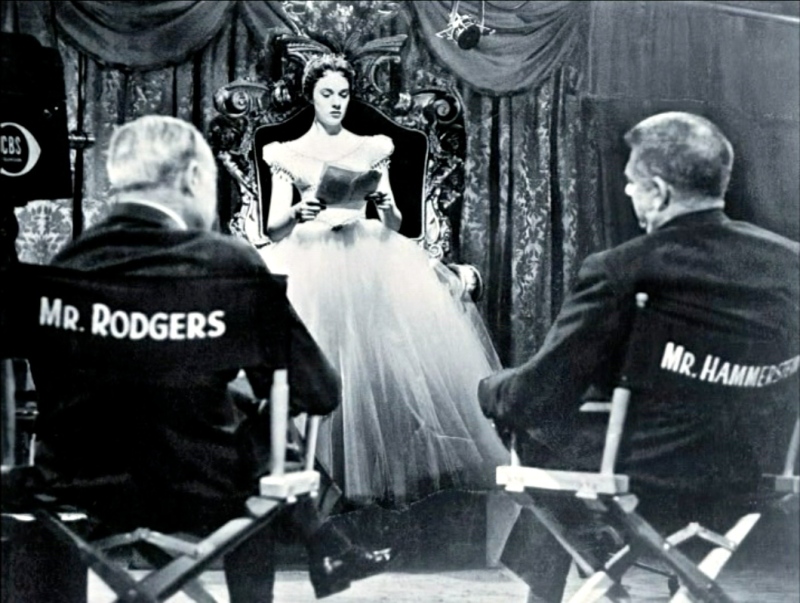 The musical was written for television, and broadcast live the year Mr. Lester was born and was seen by 100 million viewers:

I have a very vague memory of this…

This version was choreographed by Rob Marshall (in 1997), who went on to direct Chicago (2002)

An indication of how old I am, I frequently don’t know who the performers are I see on the covers of magazines…and I had to look up who these two are, but good on them for waking in the wee hours to perform live on the Today Show!

Now, hands down the best version of this production I ever saw was at Hollywood High, sometime in the 1980s starring Steve Allen and Jayne Meadows as the King and Queen and a pair of soap stars as Cinderella and the Prince. The audience was full of enchanted children, and at intermission, when we went into the lobby we witnessed the following:

A little boy, giddy with the spectacle, swooping and singing—simply joyous…

LITTLE BOY’S MOTHER: Don’t you mean you want to be the Prince?

LITTLE BOY: No! I wanna be Cinderella!

To which we say, may your dreams come true and good night.