From 1921 until 1989 the Ambassador Hotel was THE place to be in Hollywood. It housed dignitaries and stars and in-laws, and played hosts to weddings and the Academy Awards. It had a post office, a spa, a barbershop, restaurants, and of course – the famous Cocoanut Grove. It saw elation and tragedy (the assassination of Robert Kennedy) and it was woven tight into the fabric of Los Angeles.

Designed by Myron Hunt and pictured in 1937:

A ghostly picture of the main lobby in 1930: 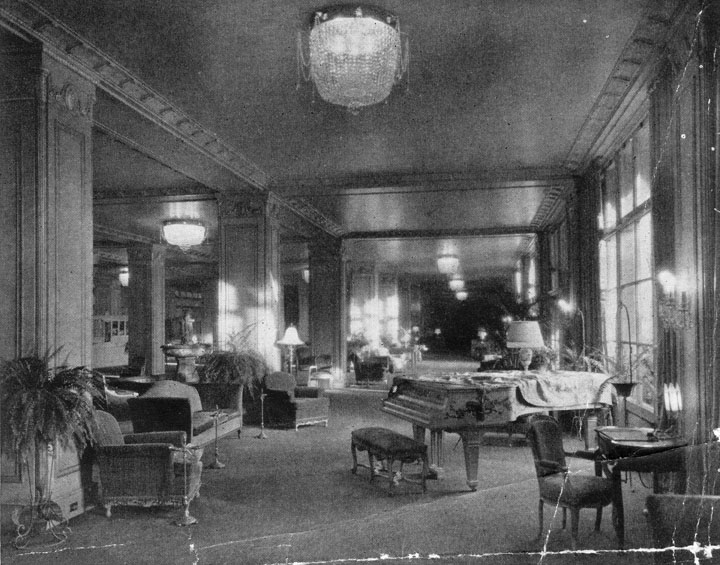 Next up… The Cocoanut Grove.