I know my father served from almost the start of World War II until 1946 when it was all over. He was nineteen and studying pre-med when he enlisted. He told me that the carnage he witnessed during the war caused him to study something else, entirely, when he came home and completed University. 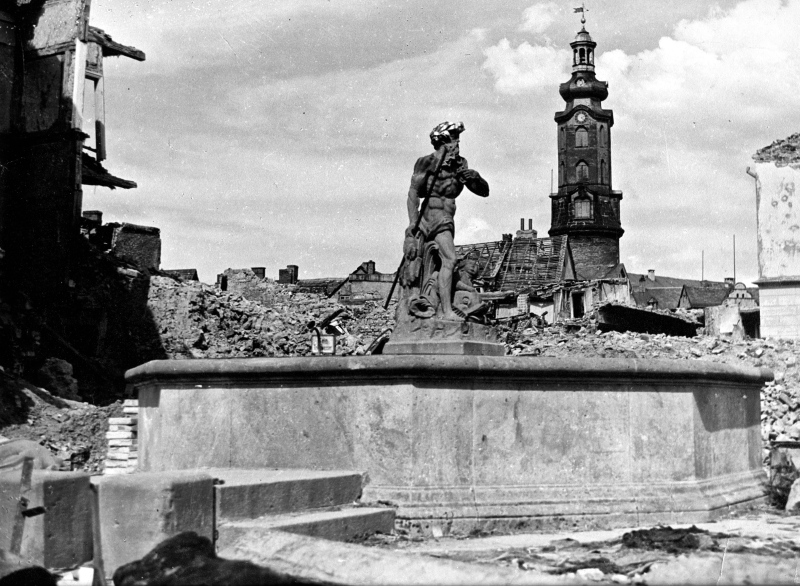 I know he took this picture… I don’t know the location, but it appears to be in Germany. He was a reconnaissance photographer, and had something to do with sending code—which I’m sketchy on—because he told me most of what he did in the war was classified, and I never knew anything more.

That is, until I went to visit my brother the week of May 20th, 2018. We sorted through a box of old papers that included the honors our father had received during his service as a cryptographic officer, and his military records. As I said before, he never talked about his time in Europe and North Africa. In the box were a few notes he’d written to my mother, and piles of condolence letters from the year he died.

My dad was was part of a generation who fought for their ideals, and came home to uphold them.

This is part of one of those condolence letters:

What a terrible, terrible loss, not just for you and your family, but for so many people who will badly miss their contact with such a totally decent person, someone who had the sensitivity and intelligence to see what was going on, had the courage to say so, and the will to work for better things, even if that meant sacrifice for himself. And such a very pleasant and thoroughly civilized person to be with. There are so many colleagues and friends who will find his loss irreplaceable.

My mother would have turned 94 on January 21st. They were college sweethearts, and married a month before he was sent to Europe. They were teenagers when they married, and 23 when they were re-united. A few years before my mother died she told me my father had a relationship with a Belgian woman during WWII who worked for the Office of Strategic Services, a military intelligence service that later became the CIA. I must have looked stunned when she said so, because she immediately went on to say, “He was 19—young—we were separated for four years. He told me about it. It was over. And he came home to me. Women loved your father. But he came home to me.”

In Memory of all those who didn’t come home: Memorial Day.