I’m very interested in the derivation of ideas and that takes me on some winding paths on which I invite you to join… I was scrounging around for images like these for… ah, tomorrow… you know, Valentine’s Day: 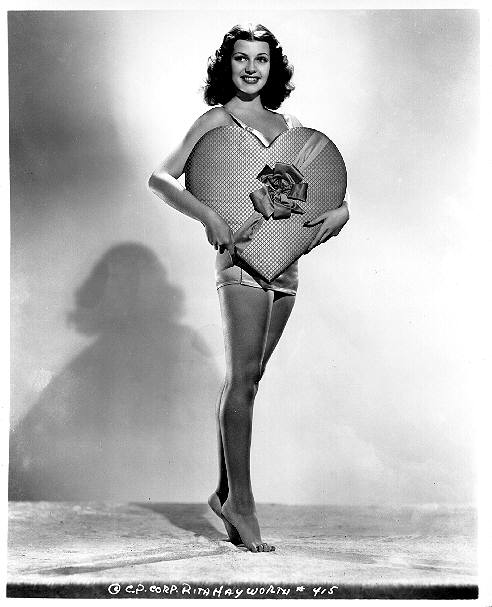 When I stumbled across this on IMDb – Movies, TV and Celebrities:

When it occurred to me that the guy who lived in this historic home in Beverly Hills, which belonged (a long time ago) to one of the city’s developers, Arthur Letts:

Was responsible for fixing up this:

Years ago a friend told me about a screening of the restored silent film, “Chicago”. Seated behind him was Hugh, in all his glory, with Bunnies in tow – he has had a lifelong interest in preserving Hollywood history.

Here’s my theory and I’m stickin’ to it – old movies defined what was sexy for Hugh Hefner (i.e. the photo above) and magically cocktail waitresses were dressed as Bunnies twenty years later. If we dug deep I think we would find this is where his love of Hollywood sprang from, and his commitment to its legacy.

I’ve read the showgirl outfit of the Bunnies (satin corset, cuffs, bow tie ) was based on the uniform at Bunny’s Tavern, a place Hugh Hefner frequented as a student. The Playboy uniform was designed by Zelda Wynn Valdes and debuted in 1960. But, who added the ears and bunny tail? Readers?  Mr. Hefner, care to comment?