Barbara Stanwyck on the set of The Lady Gambles: 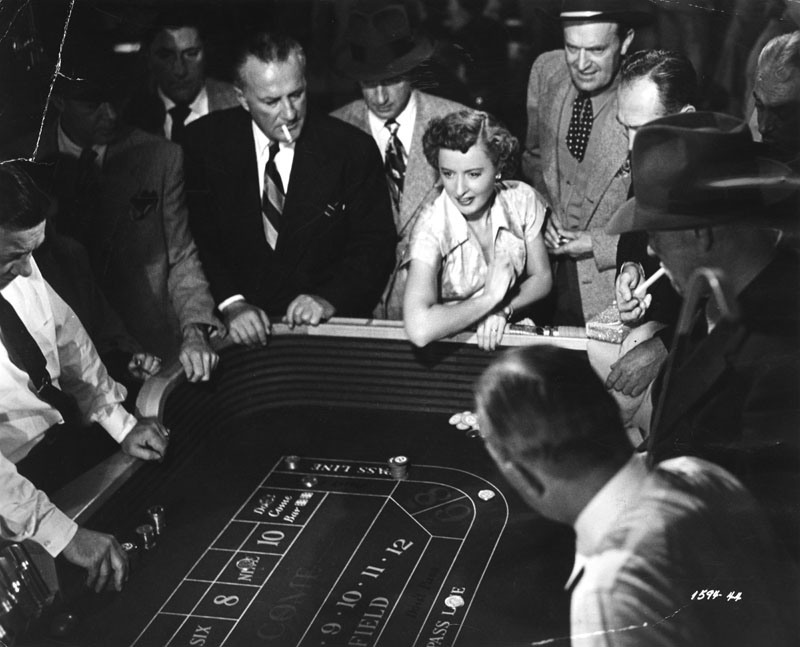 A couple of years ago I bumped into a cinematographer friend in Vegas. He asked me if I’d ever gambled before and I said “no” and he said “perfect” and led me over to the craps table and handed me a cup full of dice and said “just keep rolling”. So, I did. He made bets (I didn’t know how to play!) and put down chips and I kept rolling the dice. After about fifteen minutes  a crowd started to gather around the table. After twenty-five minutes the pit boss arrived. I kept rolling. Hubbub, excitement, just me at the table rolling the dice. My friend kept placing bets. My glass of ginger ale, gripped in my friend’s hand, was dripping condensation down his cuff. After forty minutes I did something wrong, I still don’t know what it was… and our stay at the table was over. He cashed in his chips while I was talking to my husband and when the cinematographer joined us at the bar he handed me five hundred dollars. I demurred. But, my husband told me it was customary to give lady luck a cut. Fabulous!

This is a recognizable crew playing craps at the Beverly Hilton in 1953. I think it was a benefit or charitable event – 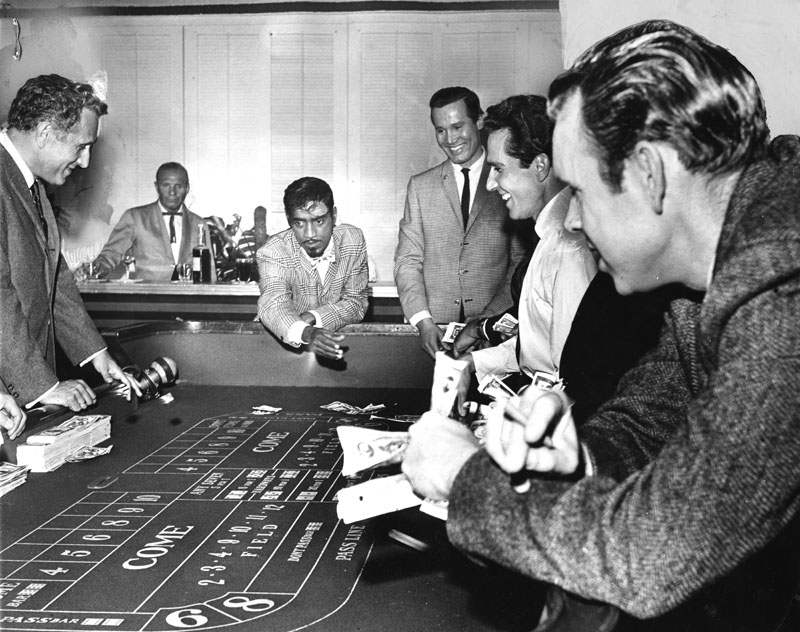